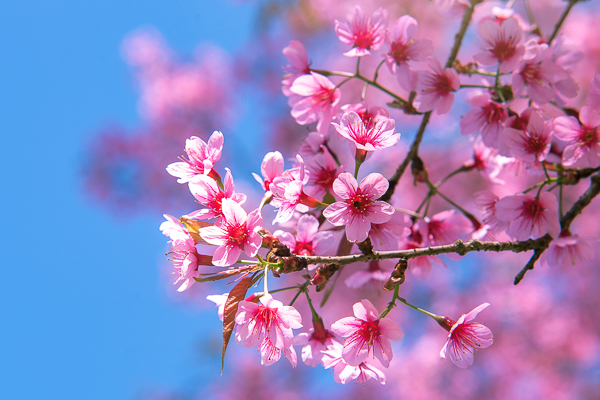 Our mission is to spread kindness around the world through storytelling, and to train people to cultivate kindness and compassion through meditation.

In addition to our educational initiatives, Support Kindness provides humanitarian aid worldwide in the form of direct financial assistance to individuals, families, refugees, disabled people, underprivileged children, victims of domestic violence, people who are homeless, and communities in need or facing a crisis. Our aim is to help alleviate suffering and maintain human dignity.  We believe that if kindness is globally accepted and applied, everyone will benefit. The Reason We Exist:

“The vast array of problems and conflicts that we encounter on earth is the result of human preoccupation with self-interest. The reason Support Kindness exists is to train and inspire people to consistently extend their interest beyond self.”

We seek a world where people would accept each other as they are, respect, and cherish the sacredness of all life, and treat every being with kindness, compassion, and dignity.

“When we practice loving kindness and compassion,
we are the first ones to profit.”
—Rumi 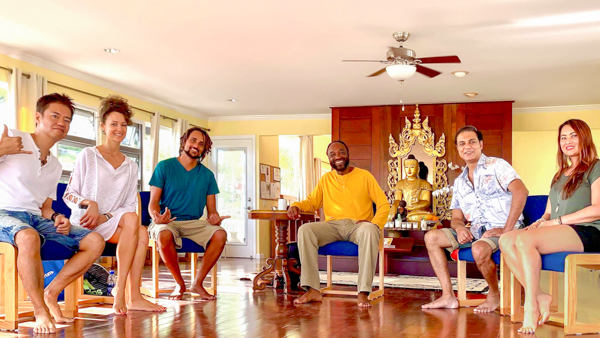 Love requires demonstration. The more love you give, the more you receive. It’s a natural circle of reciprocity. This giving should include yourself, all the wonderful people in your life, strangers, animals, plants, and our environment. To experience the tremendous power of love, we must find ways to give back to life. 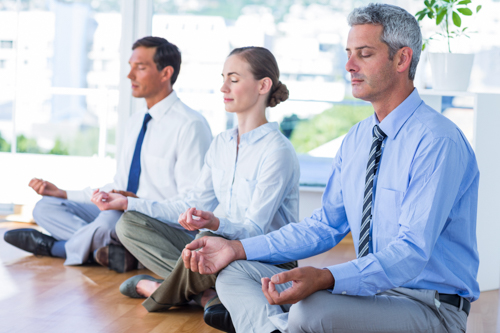 At Support Kindness, we believe that effective and sustainable partnerships are critical to addressing and resolving complex global humanitarian challenges.

We form alliances with local and international organizations, foundations, entrepreneurs, and corporations to harness the power dynamics necessary to advance our mission. 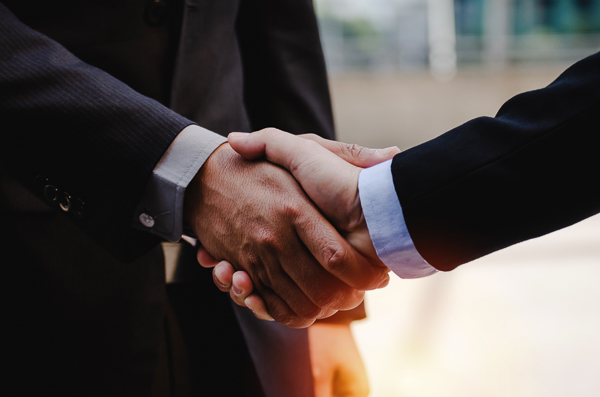 Support Kindness is devoted to improving the lives of people worldwide through meditation, kindness, and humanitarian initiatives.  Our uncompromising values of integrity, excellence, diversity, and transformation calls for accelerated action to reduce human suffering throughout the world. 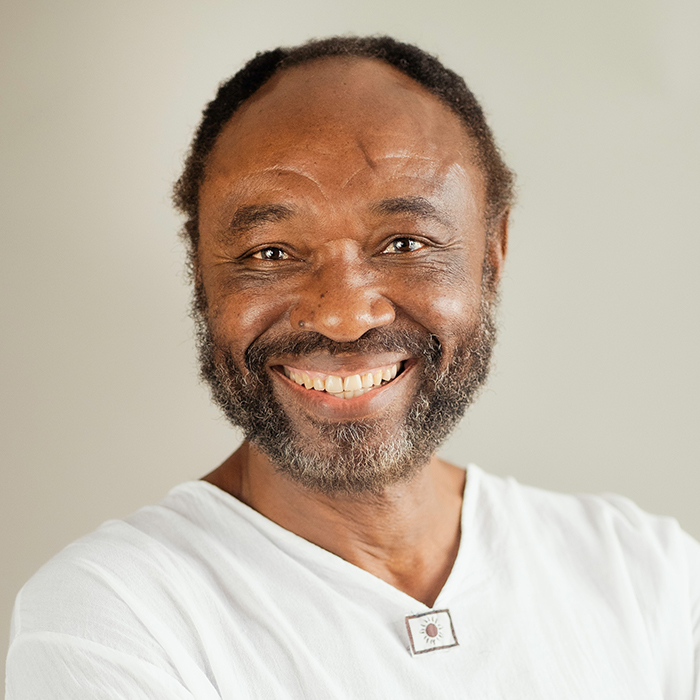 A progeny of generations of African indigenous healers and mystics, Dr. Zeal Okogeri is a teacher in the fields of personal development and spiritual growth. Since childhood he has been a spiritual devotee and was trained by dedicated teachers from a variety of spiritual traditions…

…Zeal practices and teaches the Light and Sound Current meditation; and inspires awareness through his gift of compassionate storytelling. In addition to leading ongoing classes on storytelling and meditation, Zeal also leads meditation retreats to Tibet, Nepal, and India when conditions permit.

Zeal earned his Doctor of Chiropractic Medicine degree from the Southern California University of Health Sciences in Whittier, California. As a clinician, Zeal provided natural health care for patients from all cultural backgrounds and walks of life, including active-duty military personnel and veterans.

He was a faculty member at the University of Hawaii, Manoa-Honolulu, where he taught a graduate course in Clinical Finance and Economics.

In his youth, Zeal survived a brutal civil war that claimed more than two million civilian lives by starvation. He was a refugee for three years and endured much suffering. Having undergone the traumatic stress and hardship of being a refugee, he sympathizes with others who are currently in the same position. He learned to appreciate the value of humanitarian work at a young age, for he was a beneficiary of food relief provided by the Red Cross and other humanitarian organizations during the Biafra-Nigerian civil war.

Zeal is the author of three books on personal growth and spirituality, including his most recent book, You Can Never Go Wrong By Being Kind — an anthology on the transformative potential of kindness and compassion.

Zeal was born in Afikpo village, Southeastern Nigeria, and has lived on the beautiful island of Oahu in Hawaii for more than 15 years.

Zeal’s mission is to fill the human heart with love, kindness, and compassion; and to promote peace on earth. 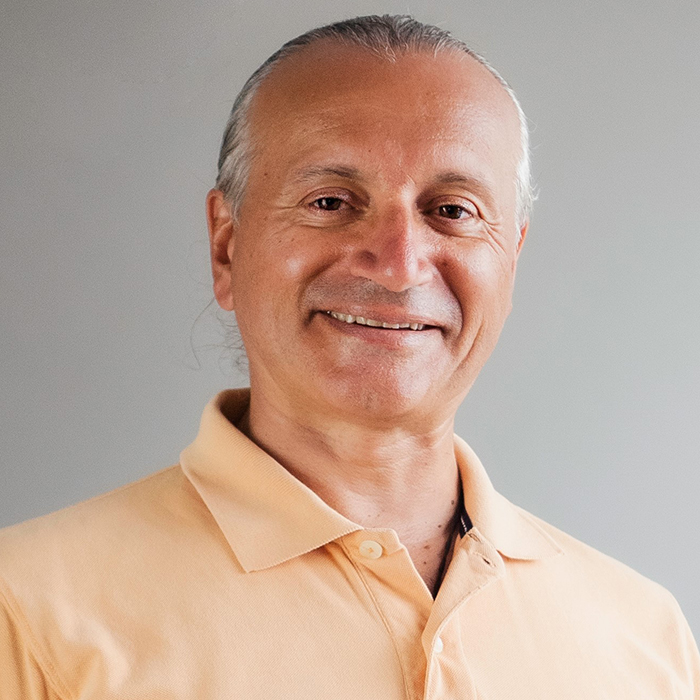 James began his career as a Clinical Social Worker in 1989, working with people with mental illnesses, addictions, and traumatic brain injuries. He received his master’s degree in Social Work from The State University of New York at Albany…

…James currently works in Hawaii as a Military Family Life Counselor (MFLC) at an elementary school and maintains a private practice where he helps individuals and families dealing with addictions. He is a member of a local Unity Church where he serves as a Prayer Chaplain, meditation teacher and facilitator, and outreach program volunteer. James is a proud father of two children, a stepdaughter, and three grandchildren. He lives on the island of Oahu, in Hawaii, with his beautiful wife, Sandra. 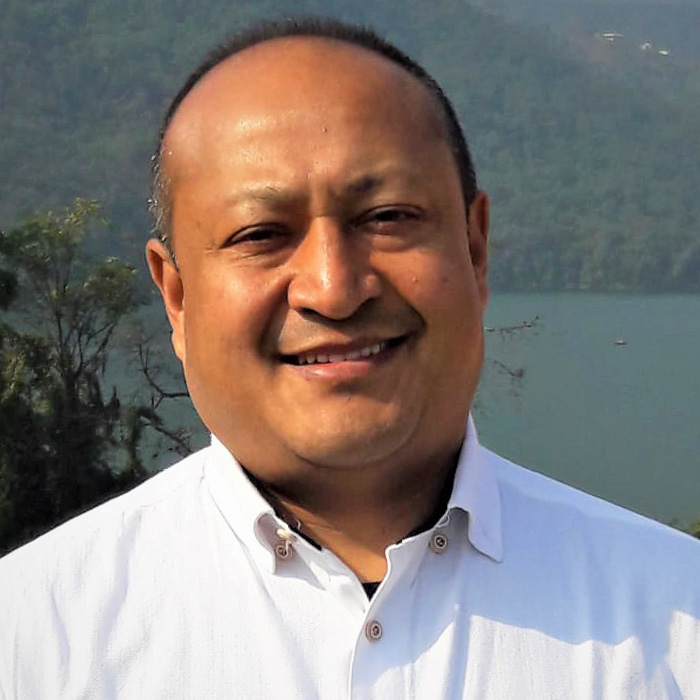 Sunil is an accomplished leader in the tourism and hospitality industry with almost three decades of experience serving various hotels, resorts, and tour companies in Nepal. He is currently the Director of the luxurious Mount Kailash Resort in Pokhara, Nepal…

…Prior to joining Mount Kailash Resort, Sunil served as the Director of Travel House International, and CEO of Natraj Tours & Travels, where he was responsible for overseeing all facets of customized, life-changing cultural and spiritual expeditions to Bhutan, Tibet, and India.

Sunil’s work experience also includes social work that crosses international boundaries to help people in need. He was the Regional Coordinator of Appropriate Technology Asia (ATA), an organization that identifies marginal and threatened populations in Asia, including Nepal, and helps them meet their basic needs for housing, household energy, safe water, food, and good health.

An avid explorer, Sunil has traveled extensively throughout Asia, Europe, and North America.

He holds a Diploma in Civil Engineering from the Institute of Engineering, Tribhuvan University, Pulchowk, Nepal. 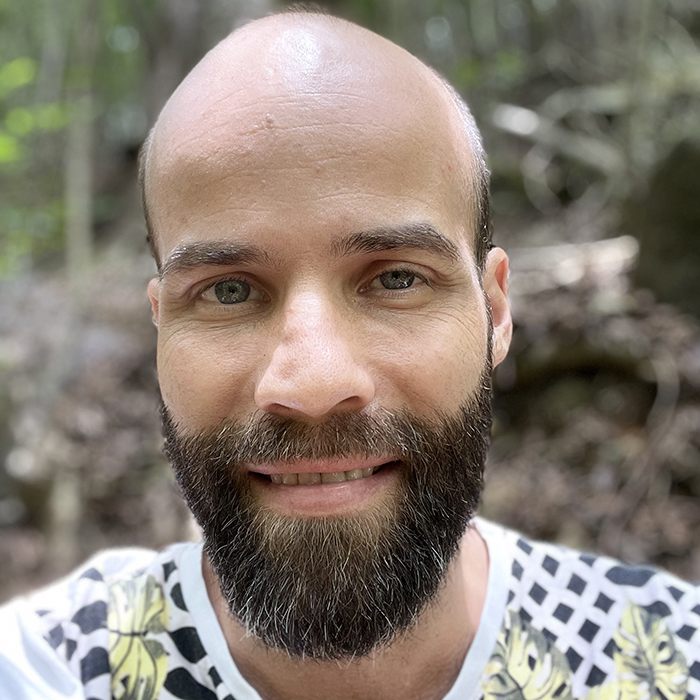 Jonathan is a popular and outgoing dance instructor who established the first Brazilian Zouk dance community in the state of Hawaii in 2012. He’s the co-founder of Sakura Arts Collective — a dance, yoga, and meditation studio in Honolulu…

…Jonathan also founded the Island Zouk Hawaii and the Hawaii Zouk Festival. His driving force is seeing students experience joy and overcome their fears while connecting with others.

He is an avid surfer, licensed sailboat captain, and an aspiring shakuhachi performer.

He was born in a small town in Idaho and has traveled and connected with people in more than 35 countries.

Jonathan currently lives on the island of Oahu, in Hawaii.

Dr. Zeal Okogeri grew up in the village of Afikpo in southeastern Nigeria. Afikpo is a part of the Igbo ethnic group, one of the three ethnic groups of Nigeria. The other two are the Hausa-Fulani in the north and the Yoruba in the southwest. Within these ethnic majorities, there are more than three hundred ethnic minority groups.

There was no electricity in Zeal’s village when he was a young boy, and he and his many siblings would spend their evenings listening to their parents, grandparents and relatives tell incredible stories or folktales under the moonlight. Embedded within these folktales were wisdom, moral values, cultural knowledge, empowerment, and inspiration. They revealed the rich tapestry of the African traditional value system. These folktales gave meaning to life. They conveyed emotions, sensations, universal truths, and were a source of hope, love, courage, and social identity. Zeal looked forward to these stories the same way kids today would look forward to watching their favorite television show or to playing their favorite video games. These stories not only captivated Zeal, but they also energized his imagination and were the beginning of what would become a lifelong career in compassionate storytelling.

Zeal started offering workshops and classes on meditation and compassionate storytelling in San Diego, California in 2001, then leading seminars at convention centers in San Francisco, California and Minneapolis, Minnesota before relocating to Honolulu, Hawaii in 2005. He resumed his classes on the island of Kauai in 2007, participating in health and spiritual expos at the Kauai convention center as presenter, and offering ongoing classes in Kauai’s cities of Kapaa and Hanalei. Soon he was offering his classes on the island of Maui and eventually established a following in Honolulu, the island of Oahu in 2009.

In the summer of 2014, Zeal started leading meditation retreats to Tibet, Nepal, and India. What surprised and inspired Zeal was that whenever he ran into his students many years after they had attended one of his events, they would retell a story he had shared at the event with incredible detail and clarity. Zeal then realized the power of storytelling. People will forget lectures, PowerPoint presentations, and all kinds of persuasive preaching, but they never forget a captivating story. Stories have a lasting impact. A good story can stay with you for a lifetime. This explains why renowned historical figures were such great storytellers. They used the power of storytelling to instill the virtues they wanted to transmit, just as Zeal’s parents, grandparents, and relatives did when he was a boy.

Zeal’s training in meditation and storytelling led him to combine the dynamic, imaginative and interactive nature of storytelling with the harmonizing and resilient quality of mediation, birthing his programs on Kindness Storytelling and Meditation. 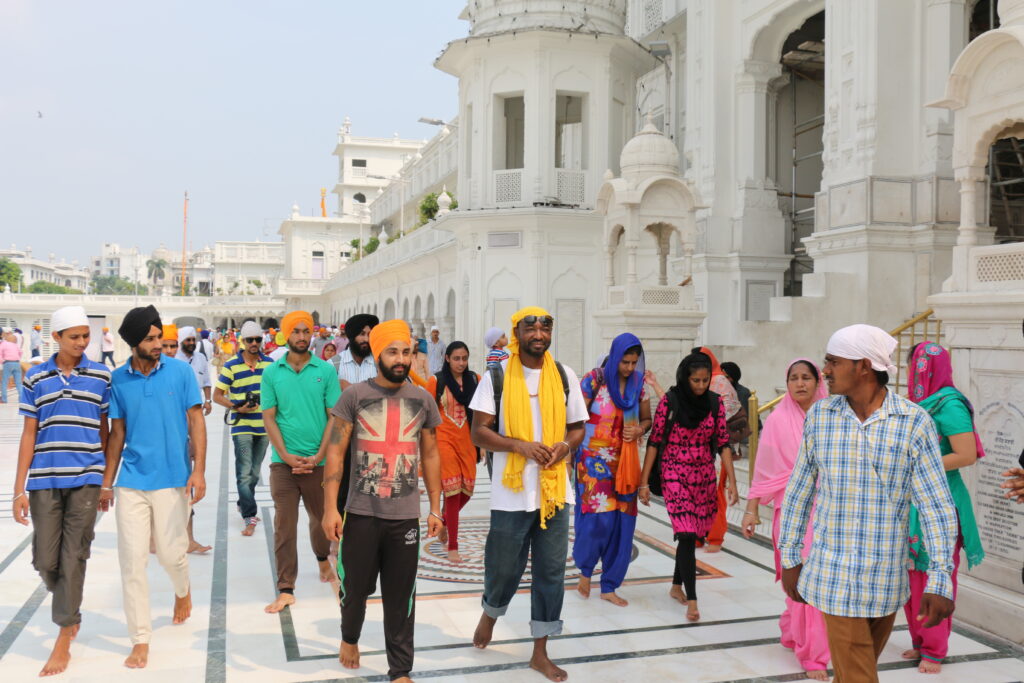 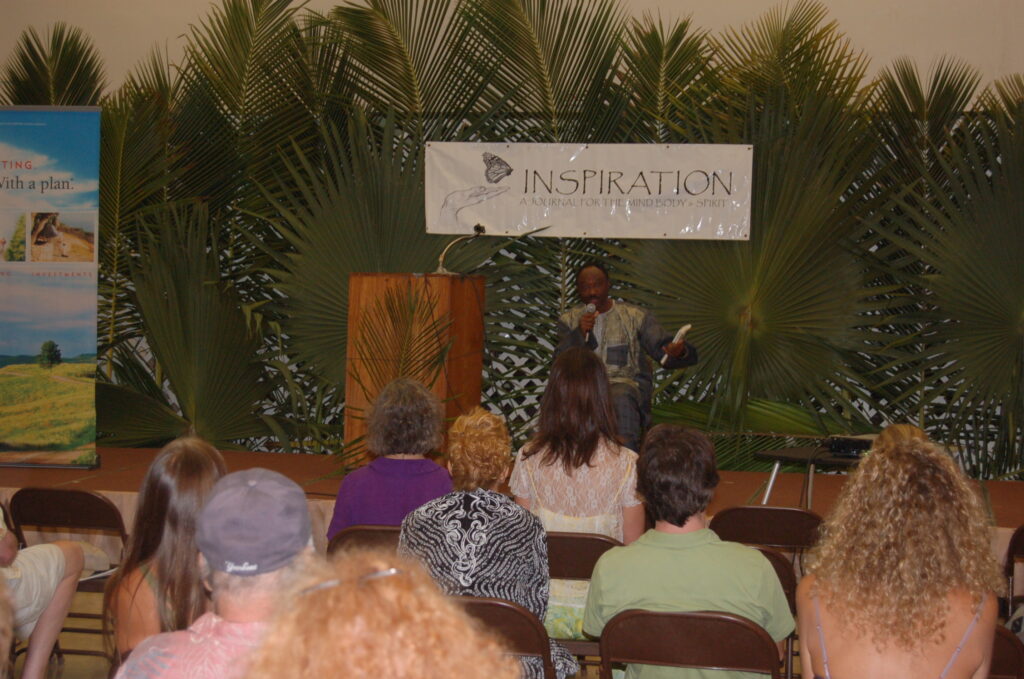 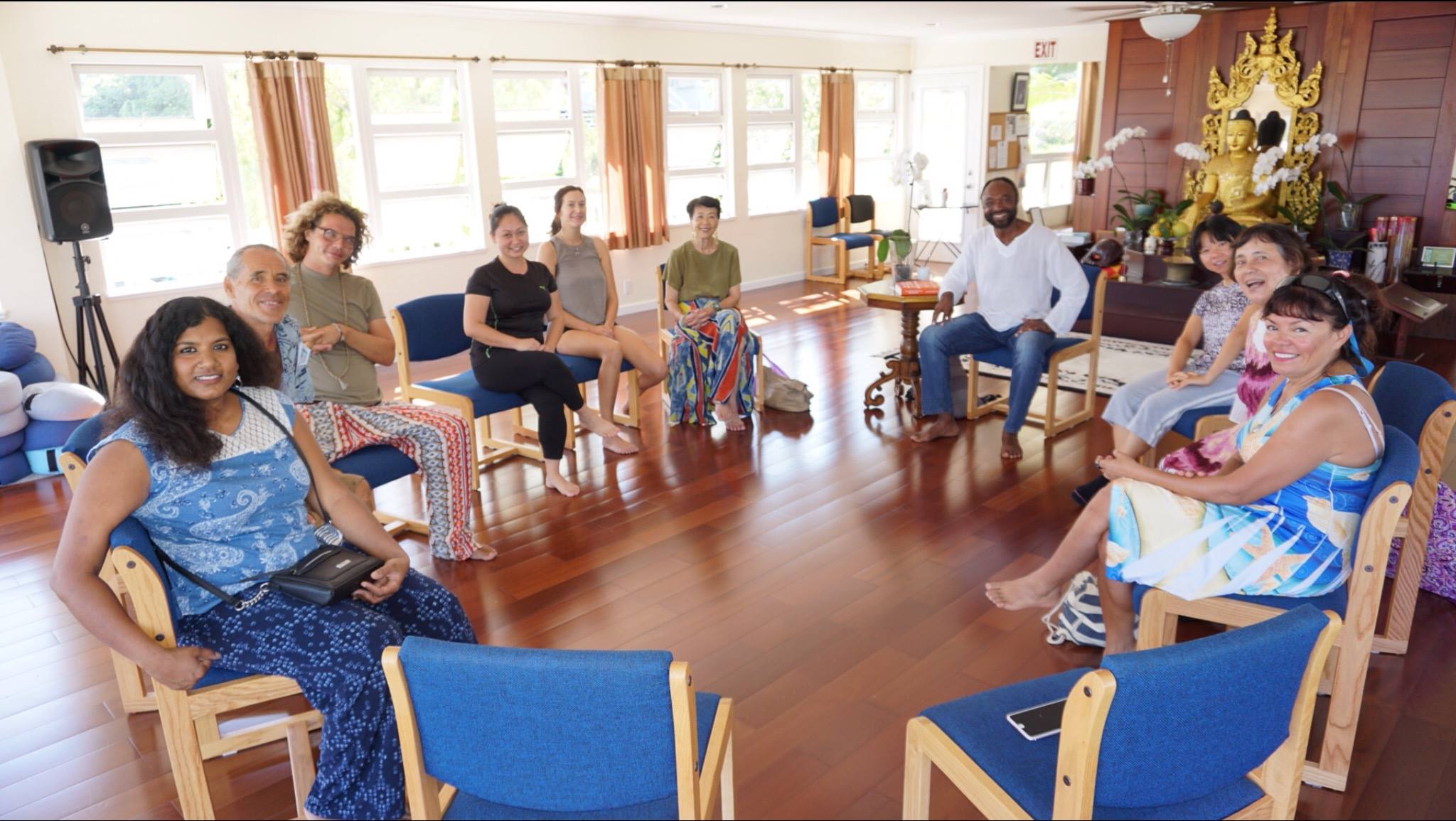 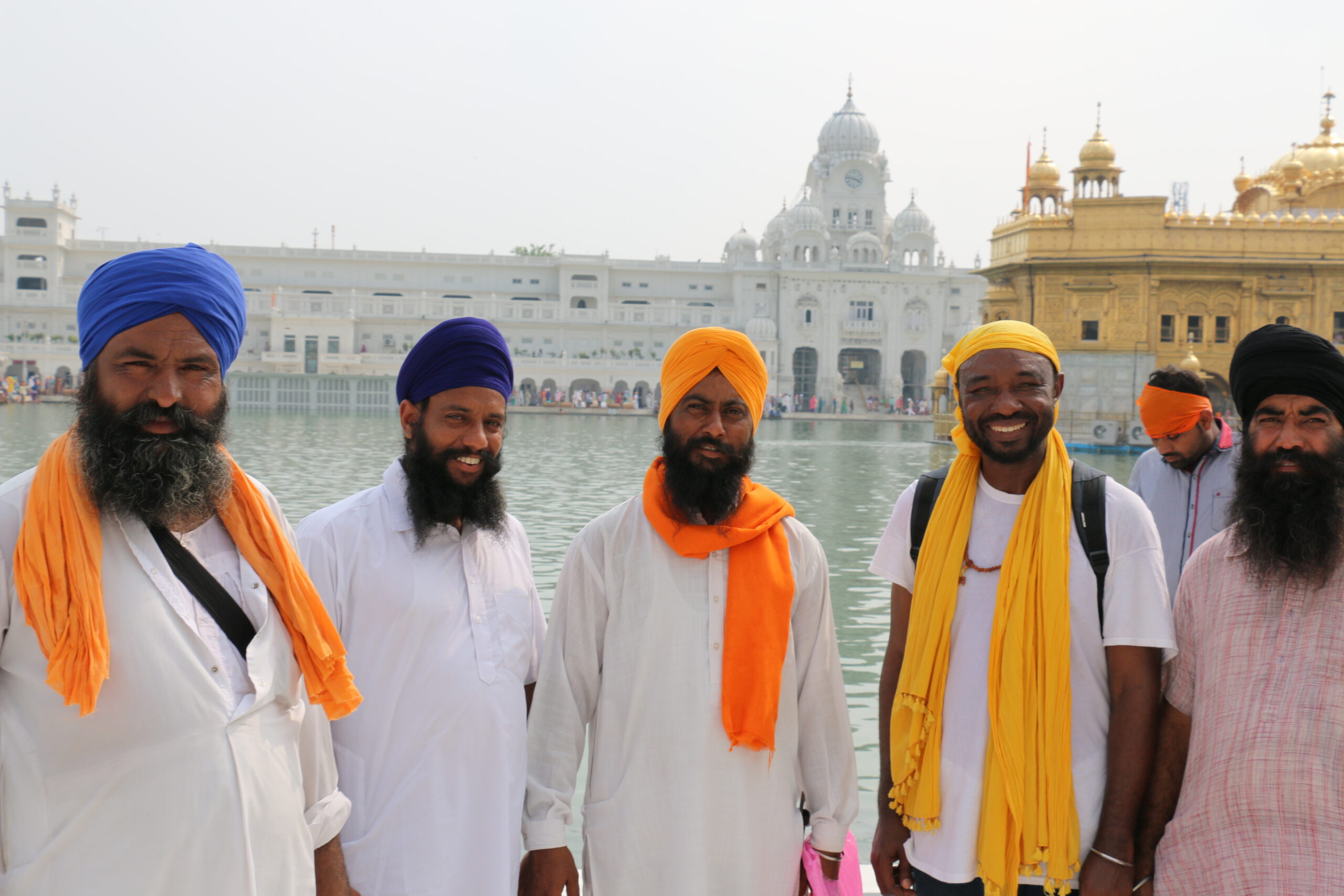